Fit for the stage

Individual job coaching and training of audition roles by arrangement

Further information, registration, arrangement of a consultation appointment under:

A project of multicultural city e.V. – supported by funds of the European Union (European Social Fund) and funds of the Land of Berlin

1994 – 1997 vocal training at the Institute for Functional Voice Training, Lichtenberg and Venice, 1991 – 1997 jazz singing with Anne-Marie Moss, Manhattan School of Music, NYC. Active as a voice teacher since 1977.

Monika Dobrowlanska, theatre director, author, Prix-Tournesol prizewinner at the Festival d’Avignon 2017 in the category Beyond Borders. She studied Theatre Studies at the Jagiellonian University in Krakow as well as at the Ruhr University in Bochum (degree – doctorate, with distinction) and successfully completed an international directing and acting class at the Moscow Academy of Theatre Arts GITIS.  Since 2002 she has been living and working as a freelance director in Berlin, where she has collaborated with the Maxim Gorki Theater, Hebbel Theater, Akademie der Künste, Kunsthaus Tacheles, FEZ-Berlin and Werkstatt der Kulturen. In September 2012, she founded the intercultural artists’ collective multicultural city in Berlin, with which she is developing documentary theatre productions. She also works as a freelance director in Germany, Poland, Italy and Belarus. Her productions have been invited several times to international theatre festivals.

Karl-Ludwig Otto, speech coach, former directore of drama course and dean of the Faculty of Performing Arts at the Berlin University of Arts

Studied phonetics/german philology and literature at the Martin Luther University Halle-Wittenberg. From 1973 -1989 speech teacher at the Staatliche Schauspielschule Berlin, later at the drama school Ernst Busch in the fields of puppetry and acting. Since September 1989: Freelance work as a speech teacher in Berlin, including teaching assignments and guest professorships at the HdK Berlin, at Schillertheater, at the radio station Freies Berlin, at private acting schools and independent theatre projects. September 1994 – February 1996: Speech teacher at Bayerische Theaterakademie at the Prinzregententheater in Munich. April 1996 : Speech coach at HdK Berlin, later at UdK Berlin, appointed to civil service for life as professor at an art academy. October 2001 – September 2013: Academic leader of the acting course. December 2005 – December 2013: Dean of the Faculty of Performing Arts. Since October 2014 freelance work as a speech teacher.

studied Theatre Studies, New History and New German Literature at the Freie Universität Berlin and the Université de Paris VIII, Vincennes-Saint-Denis. From 2006 to 2011 she was engaged at the Maxim Gorki Theater Berlin (Director Armin Petras), first as a dramaturgy assistant and then as a dramaturg. Later she worked as a freelance dramaturge at the Schauspielhaus Zurich and, among others, for the Franz von Strolchen theatre collective. From 2013 to 2018, she was a permanent member of the Schauspiel Köln (Director Stefan Bachmann), where she was a co-director of the STUDIO COLOGNE at the Felix Mendelssohn Bartholdy Academy of Music and Theatre Leipzig in addition to numerous productions in the 2016/2017 season. Today Nina Rühmeier works as a freelance translator and dramaturg, most recently with the directors Monika Dobrowlanska, Eva-Maria Baumeister, Philine Velhagen, Armin Petras and Rainald Grebe. 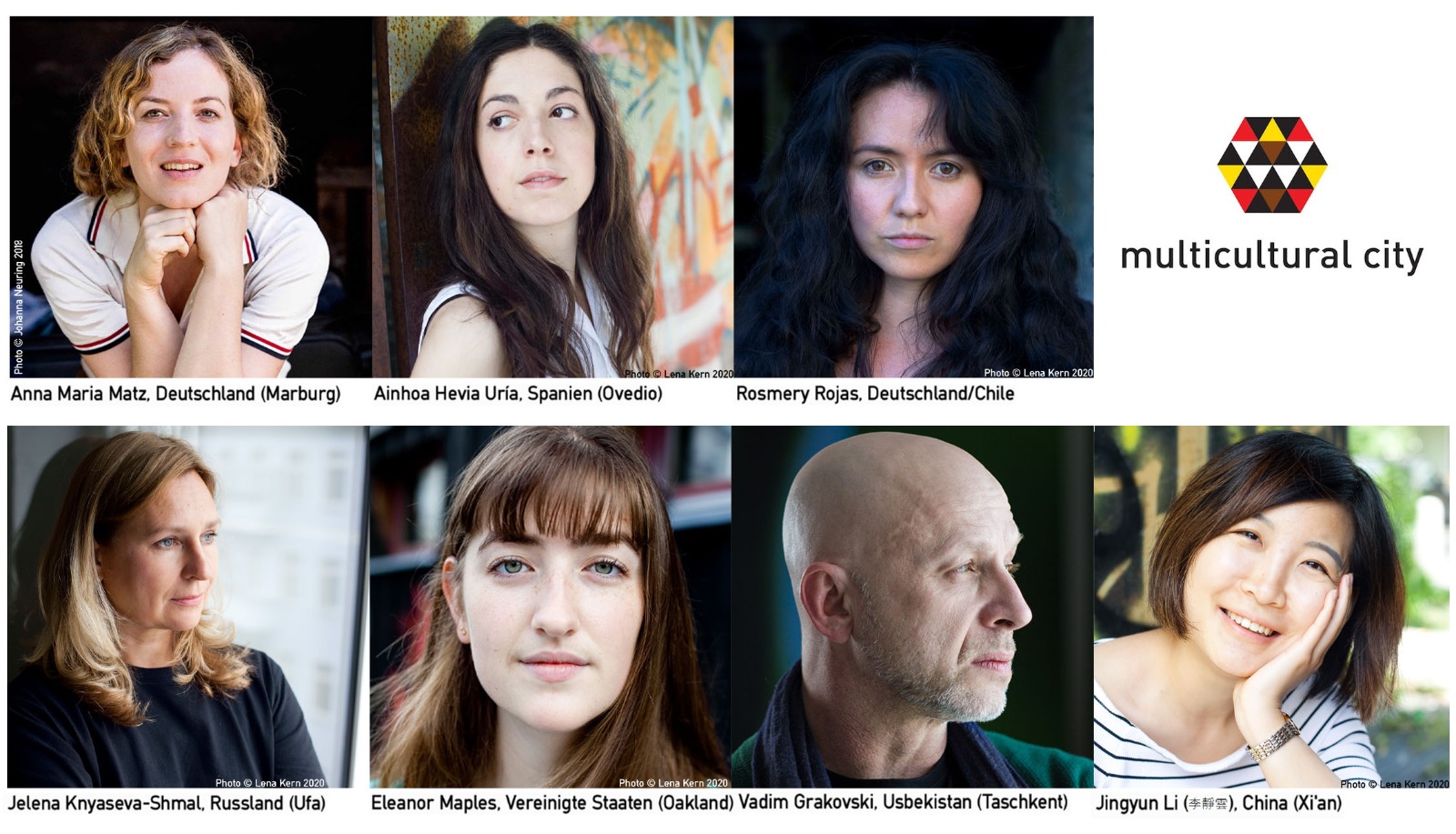 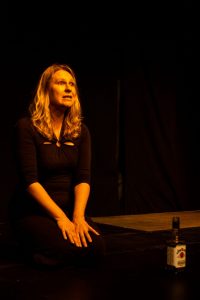 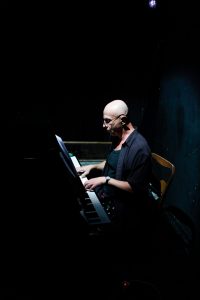 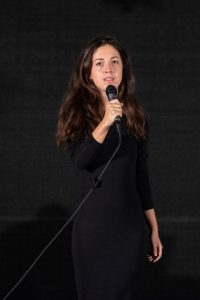 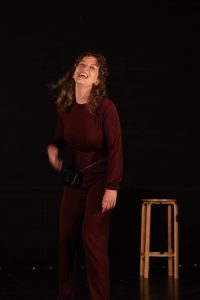 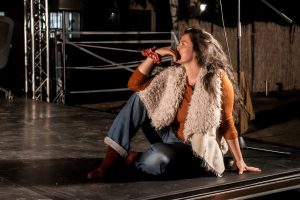 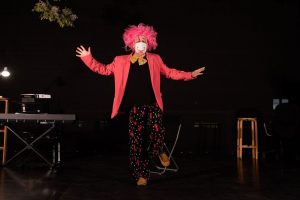 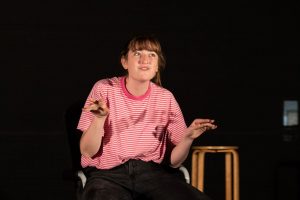 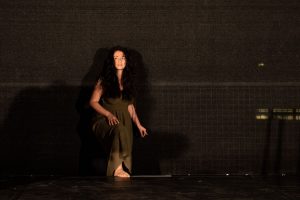 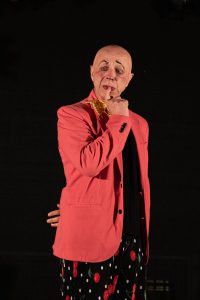 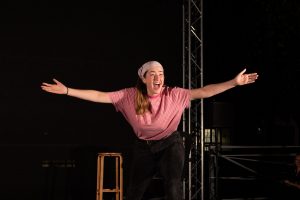 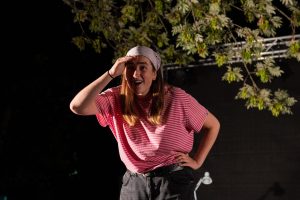 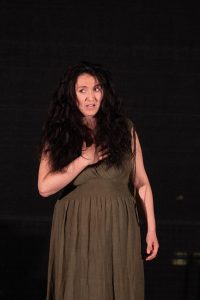 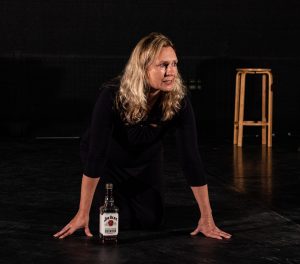 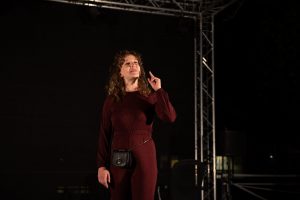 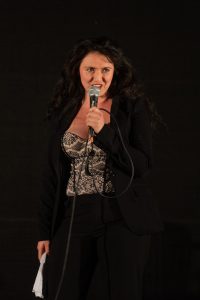